We’re taking it back to 1995 with this week, folks. Another forgotten classic of the Star Wars EU that outshines anything from the new canon, this In My Opinion review is about Darksaber, by Kevin J Anderson.

Darksaber is part of the Jedi Academy Trilogy, a New York Times Bestselling series written by the ridiculously prolific Kevin J Anderson. This novel reads like a standalone, but also does a good job carrying a larger story through it all. This novel came at a time when Star Wars fans were still shunned from the majority of society, long before any whispers of Episode I began. Which is why it’s so special. It comes from a time when Star Wars was shaped, not by George Lucas, but by the writers who were playing in his universe. Writers like Timothy Zahn, Aaron Alliston, and Kevin J Anderson were the gods of the Star Wars universe then, and their words were what fans stayed up night after night reading and rereading. Therefore, when this novel was written it had a lot weighing on it. It needed to be a good read.

The good news is, it most certainly is a good read. It gives off the same feelings, preserves the same values, and totes the same feel-good humor the original trilogy of Star Wars movies had. Kevin J Anderson does not disappoint. But then again, look at him. How can he disappoint?

Just look at that glorious, word-weaving bastard. God bless him.

PLOT: There’s a lot going on here plot-wise, but the premise is so good it’s hard to forget any of it. Druga the Hutt, a crimelord who’s stepped into the vacancy left by Jabba, is finally putting his considerable wealth and greed to work. First, he gets his hands on the Death Star plans. Then he gets his hands on the engineer who built the Death Star. Next, he builds a Death Star. But not a gaudy, moon-sized thing. All Durga wants is the laser, the most powerful super-laser in the galaxy, so he can hold entire planets hostage for ransom. Meanwhile, the de-facto leader of the Empire is marshaling her troops for an attack on the infantile Republic. There are even more plots, actually, each weaving into each other to tell a masterful tale. Each scene unfolds as its own story. 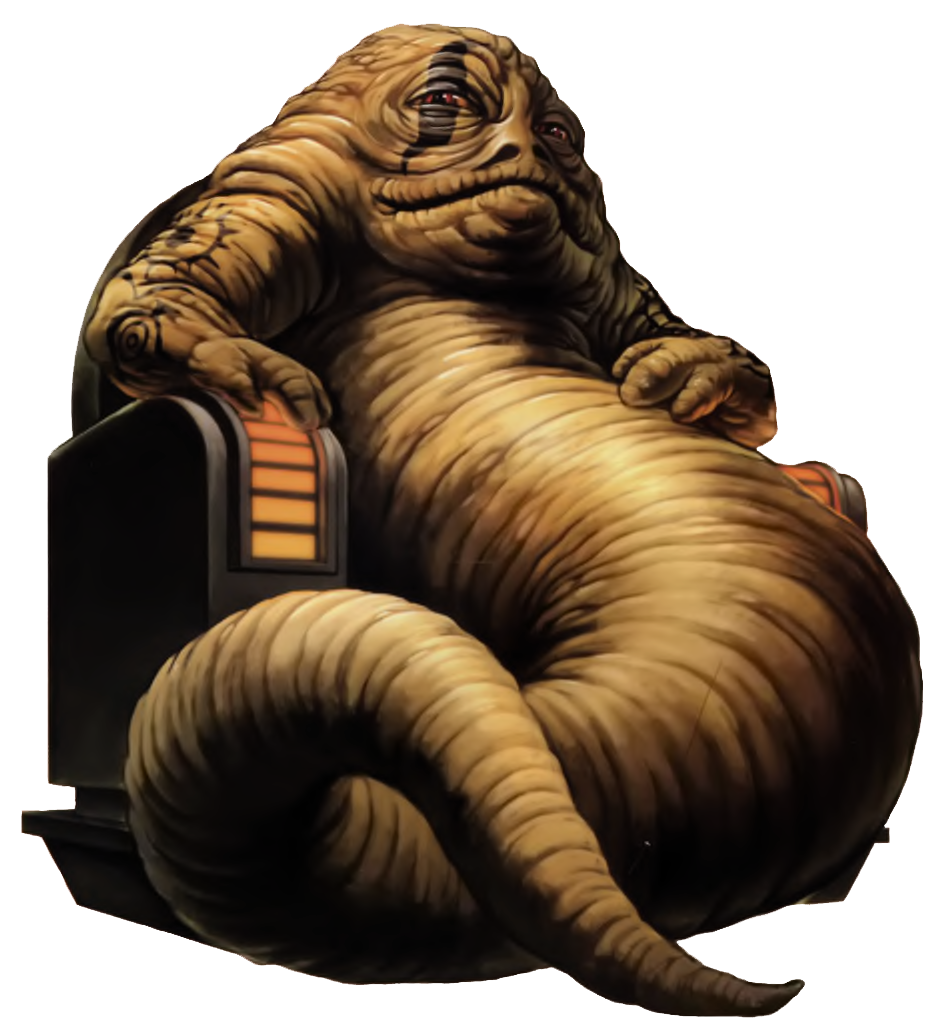 Durga, the slimiest, low-lifeiest Hutt of ’em all.

SETTING: Anderson, a learned scholar of sci-fi, really flexed his creative and imaginative muscles in this novel. Anything that was inconsequential to the main plot he seemed to take liberties with in order to make the story a unique sci-fi experience. Aspects of space-yachts and interplanetary casino gaming that have never been seen before popped up for the first time in this novel, thanks to good ol’ Anderson. He still manages to capture the essence of each familiar planet and setting from the movies, making readers squeal with delight when they find themselves in memorable places. But I love Anderson’s ability to bring in new elements of sci-fi never before seen to a long running sci-fi series, keeping it fresh and new.

CHARACTERS: So, so, so, so good. The old favorites are always close at hand; Luke, Leia, Han and the rest. But the new characters are who really take the stage. There is a character in this novel whom I will never forget. I truly wish Disney and the story group at Star Wars decided to make this novel into a movie, or at least this character. His name is Bevel Lemelisk, and he’s the engineer who designed and oversaw construction of both Death Stars. But Bevel didn’t create the moons of doom by choice. You see, when he first disobeyed the Emperor, the Emperor killed him. Had him eaten alive by beetles, actually. But just before Bevel’s last breath, the Emperor transferred Bevel’s consciousness into a clone. A clone who happened to be watching its original self die. Once Bevel was safe in his new body, the Emperor would give him an order, and if Bevel didn’t obey, he would be killed and cloned again. And again. And again. And again, until he finally did obey.

How crazy is that? Bevel is one of the most unique characters I’ve ever read, because he’s died at least twenty times. His mind, his memories, his inner monologues… are so interesting.

The other day I went to a local restaurant where the people know me as a regular. As I paid for my meal the cashier asked me, “Hey, so what do you do for a living anyway?” And instead of proudly proclaiming, “I, sir, am I writer! A wordsmith, a stringer of sentences, a paragon of paragraphs!” I sort of blanked. I chuckled to myself and eventually told the person, “I am actually a writer.” As if I couldn’t believe it myself. END_OF_DOCUMENT_TOKEN_TO_BE_REPLACED

With a new year upon us I am laying out new goals to aim for by the end of 2017. Yet, in the first few days of the new year my plans have already taken extremely unexpected turns. All good turns, mind you, which involve more writing. But unexpected just the same. END_OF_DOCUMENT_TOKEN_TO_BE_REPLACED

For the past few weeks I’ve been up to my eyeballs in writing. I’ve finally found my groove for the latest novel and each day is seeing more words added to the word count. END_OF_DOCUMENT_TOKEN_TO_BE_REPLACED

For this In My Opinion Review I’ll be covering a book published by the one and only Randal Eldon Greene titled Descriptions of Heaven.

END_OF_DOCUMENT_TOKEN_TO_BE_REPLACED

Hello again, readers. I’ve come to shower you with news of my writing exploits and inform you of what a budding author’s career is like. Enjoy. END_OF_DOCUMENT_TOKEN_TO_BE_REPLACED

After a brief hiatus from my website, I’m back. And with lots of good news! END_OF_DOCUMENT_TOKEN_TO_BE_REPLACED

Anyone remember this guy? He’s concept art from my novel that I was working on a while back. Why am I showing you this now, you ask? Good question…

END_OF_DOCUMENT_TOKEN_TO_BE_REPLACED

So I bet some of you have probably been wondering what the heck I’ve been up to recently and why the lack of content on my blog. Well I assure you, it’s not that I’ve been doing nothing this whole time, just that I’m sort of discouraged about what I’ve been working on, and I didn’t feel like sharing all the negative news with you. But it’s confession time; I feel I must come clean about what I’ve been pouring my writing efforts into.

END_OF_DOCUMENT_TOKEN_TO_BE_REPLACED

Worry not, my friends, for I have returned to the realm of the internet in order to grace you with my words.