I continue my journey through Star Wars‘ new universe with Heir to the Jedi by Kevin Hearne. 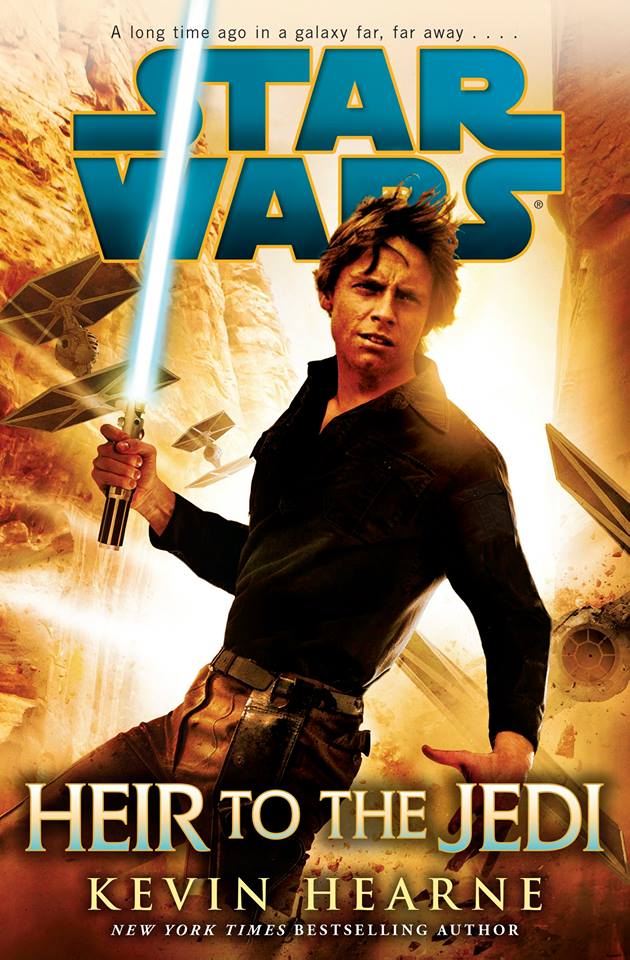 Heir to the Jedi is a story that takes place in between Episode IV and V of the old trilogy of Star Wars and tells the feats of a young Luke Skywalker still getting used to the Rebellion/Alliance and struggling to learn the ways of the mysterious Force. Most of the old cast is present, and the ones that aren’t are referenced throughout regularly. It’s set in the first person, which was a little weird at first, but it at least allows the reader to really get into the mind of Luke. The story is fanciful in that has everything from stealth missions, romance, politics, betrayal, and everything in between. Luke is painted as this sort of Jack-of-all-trades that is sent out on any mission the Rebellion thinks is really weird and dangerous. Allow me to explain…

PLOT: We meet Luke Skywalker as he is getting orders from good ‘ol Admiral Ackbar and Princess Leia about setting up a discreet weapons supplier for the Rebellion on Rodia. Cool. Luke heads down to negotiate, even though he’s not a really negotiator. But who cares, he’s Luke freaking Skywalker, right? Right. So he nails the deal and moves onto the next random mission the Rebellion has for him. And that, ladies and gentlemen, is Heir to the Jedi; a series of missions that Luke carries out for the Rebellion(or Alliance. It’s interchangeable in the book.) and how he succeeds at each one. Sure, there’s tension and drama and close calls and characters do die, but come on. It’s Luke freaking Skywalker, he’s going to walk away like a boss from all of these missions. Everyone knows it. On every mission there is a little bit of Jedi-ness thrown in for good measure so that readers can see Luke mature and gain very slight control of his powers. Very slight control.

CHARACTERS: I enjoyed most of the characters in the roster. Drusil, an alien characters, was unique and added well to the story, while I felt I could relate to Luke a little more than the characters from Lost Stars. Luke’s love interest grew on me over time, though their dialogue was a little… scripted? If that makes sense. All the other characters were captured quite well and nothing really stood out as a glaring misrepresentation of how a real human would act. There were times where the reader is in Luke’s mind for far too long, though, and the flow of the story, often an action scene, is severely disrupted. At times Luke feels sort of like a really ignorant guy simply because of the incredibly long internal monologues he has during intense action scenes. That really throws off the flow and I found myself skipping over a few paragraphs at times.

IMAGERY: Good. Kevin does a great job of describing not only the scenery and portraying the right senses, but describing the characters as well. One of my biggest issues with Lost Stars was that Claudia did not follow the old writer’s maxim of, “Show, don’t tell.” She simply came right out and told what was happening and moved the story along. Kevin does a great job of showing the reader what’s happening and not just telling. When the characters are scared and freaking out, he shows that with body language, facial expressions, and dialogue. When the reader is presented with a new planet and setting, their not just told, “it was hot and brown and made them feel miserable.” The reader is presented with a description of the area that applies to the senses and relates to the reader that the place is hot and the characters are going to be miserable.

VERDICT: If you like Star Wars and want to experience some of the new universe, you should check it out. If you want to feel like you know Luke Skywalker a little better, this is the book for you. It doesn’t directly lead into anything with Episode V or offer much exclusive insight into the Star Wars universe, but it’s an okay read in my opinion. Better than Lost Stars, at least… Again, in my opinion.

One thought on “Star Wars: Heir to the Jedi”